Expedition 33 to the International Space Station ends in a few weeks, though NASA’s astronaut and Roscosmos’ cosmonauts will remain in space for months as they transition into Expedition 34. NASA’s Flickr page offers photographs of Expedition 33, including the Russian Orthodox blessing of the latest crew and of the Soyuz rocket right before last month’s launch. 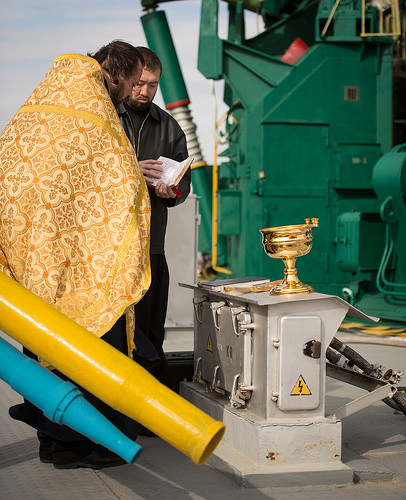 If you look at the photo gallery, the priest blesses the American Kevin Ford, as well. 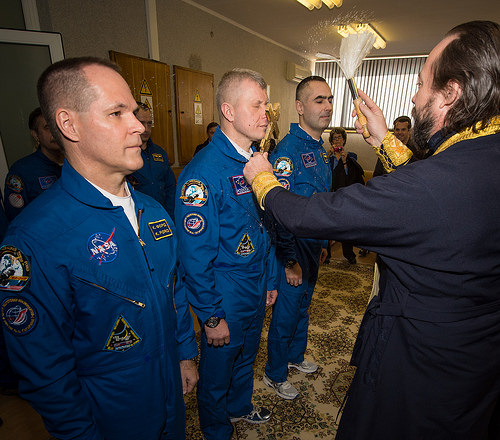 Russian society is slowly becoming what we should expect of an industrialized Christian nation. I imagine that Britain was that sort of society before the nihilistic degradation of the twentieth century wrecked its culture. Do Englishmen still recite the first epistle of Saint Peter, “Fear God; honor the king”? At least, Christendom is patching itself back together in the East.