The Russian Orthodox Church has built its first parish on the Arabian Peninsula in Sharjah of the United Arab Emirates. 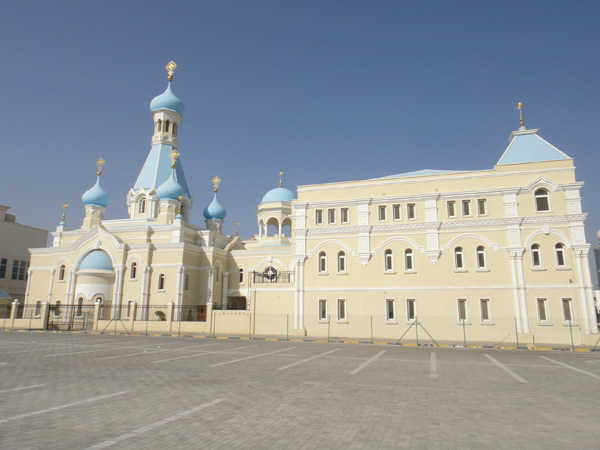 The parish of Saint Philip will serve the needs of the hundreds of thousands of Russians who live in or visit Sharjah. The completed temple has domes and crosses, which are quite unusual in the Dar al-Islam. A Russian Orthodox school and a Russian cultural center are part of the complex, as well.

As the Arabian Peninsula lies within the canonical territory of the Church of Antioch, the Patriarch of Antioch had to agree to allow the Russian Church to establish the parish. The Russian priests there will serve with the blessing from Damascus.

Saint Philip’s is yet another example of the importance of secular support for the Church. For there is no way that an Arab sultan would have agreed to such a Christian temple without his respect of the Russian state. Not too long ago, the tsars and kings of the East assisted the Church, and thereby Orthodox missionaries carried the faith to many lands and peoples. After the theomachist interlude, Orthodox commonwealths are returning to the ancient practice.

There are pious Christians who oppose the idea of Christendom, and there are simply the enemies of Christendom. Both groups fear cooperation between earthly powers and the bishops. The former have a case to make, and we should be ever mindful of their warnings. Yet, I think that a harmony between Christian leaders and the bishops can do wonders for the people of God and for spreading the faith. Consider how the Spanish, British, and Russian Empires spread the gospel. The Left today dwells upon the exploitative side of imperialism, but do they really prefer cannibal cults to biblical religion? Well, the Left just might have that preference. We think otherwise.