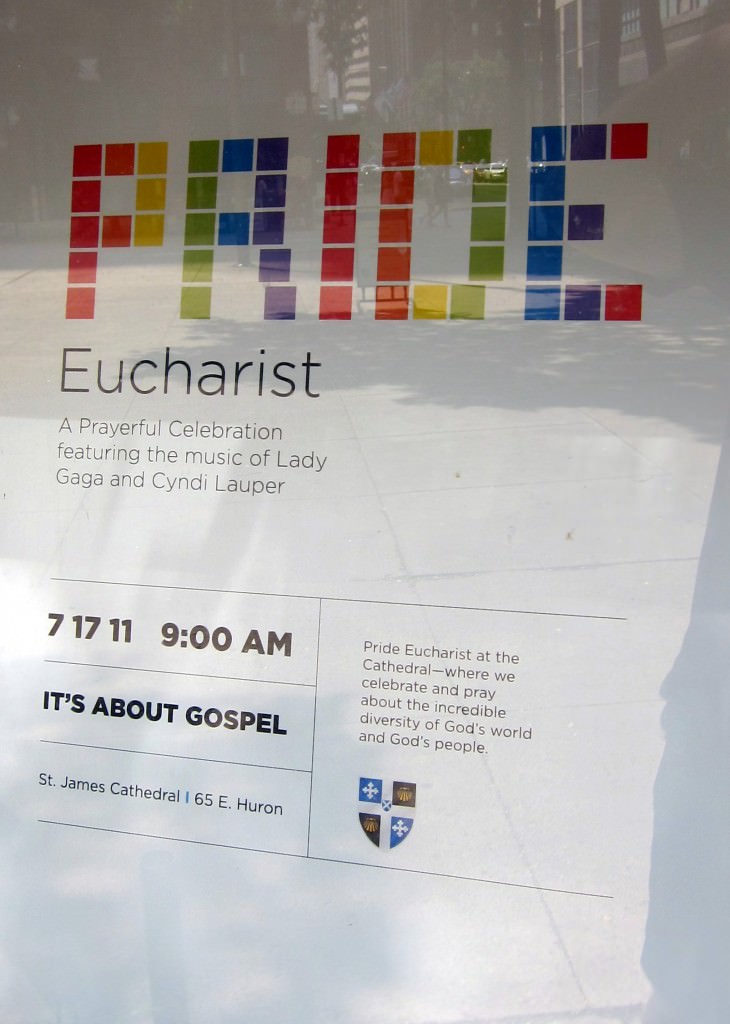 It is interesting how homosexualists have coopted the rainbow and the word “pride” as symbols of their movement, much to the chagrin of rainbow enthusiasts and arrogant toffs everywhere.

I wonder if the Episcopalian organizers of the event chose the music cynically, sort of like buppies who throw “chicken and watermelon parties.” Buppies like chicken and watermelon (who doesn’t?), but they cannot allow themselves to confirm stereotypes without embarrassment to their fragile egos. So, they indulge in postmodern irony as cover. Perhaps, the fabulosity of “A Prayerful Celebration featuring the music of Lady Gaga and Cindi Lauper” justifies the event to God’s very diverse people, or perhaps the congregants at Saint James simply enjoy self-effacement when they commit sacrilege.