My friend Andrew sent me the following image some time ago; I thought it fitting for the day: 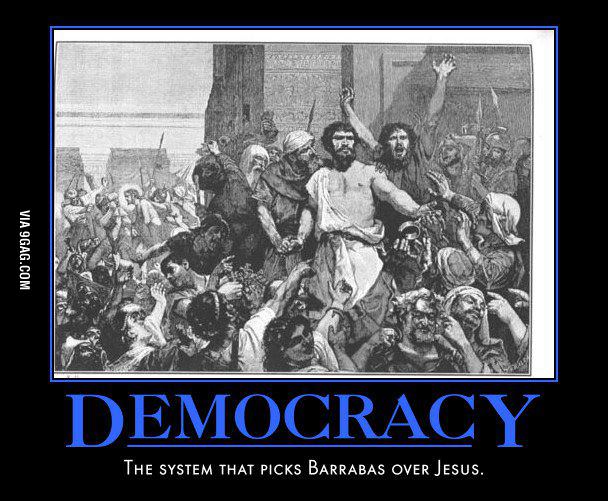 To be fair to the founders, they did not propose democracy as the American system of government. Yet, over the last two centuries, Americans have largely adopted mobocracy as the regime under which they prefer to live. Civics courses, history books, political speeches, and public policy have mirrored the shift in public opinion. A constitution is not really written on paper but in men’s hearts. As we continue to see, our republic transforms as the people transform.