If Roman Catholics find Our Lady of the Angels Cathedral in Los Angeles difficult to appreciate, I wish to let them know that they are not alone. The Church of Saints Barnabas and Makarios in Cyprus is our Orthodox space age equivalent. 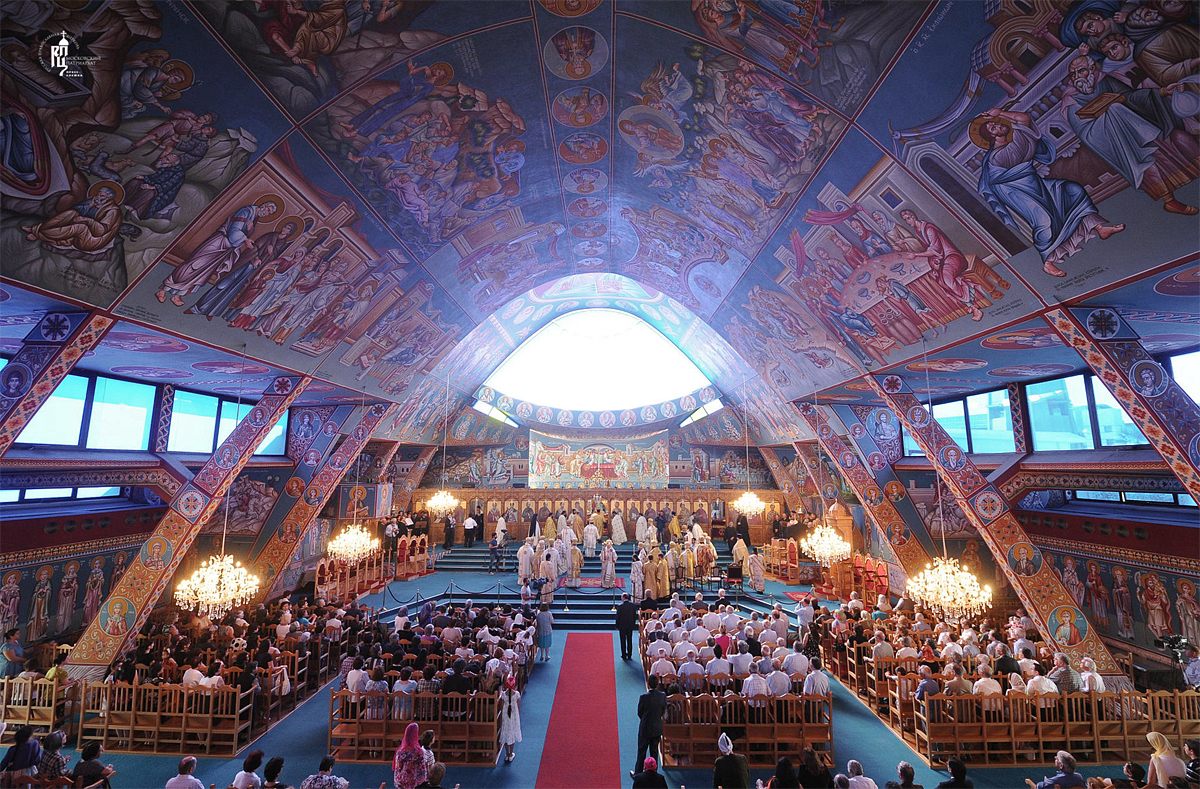 It was built, to no one’s surprise, in the 1970’s. You may see more pictures of Patriarch Kirill’s visit to the Cypriot temple on the Moscow Patriarchate’s site.

At least, this building conserves traditional iconography, and one cannot argue that the design does not manifest the naval aspect of Christian architecture rather spectacularly. Still, I prefer traditional domed structures—and I hate a chaired laity! Even the Greeks in the old lands are succumbing to those hateful restraints! Toss out those chairs! Burn those pews! Let children crawl in the Lord’s house with abandon!