Nature
Some Photographs Should Be Banned

We have all heard that something is “too cute,” but I have always found that expression a bit queer. Then, I saw the following image on a friend’s Twitter account: 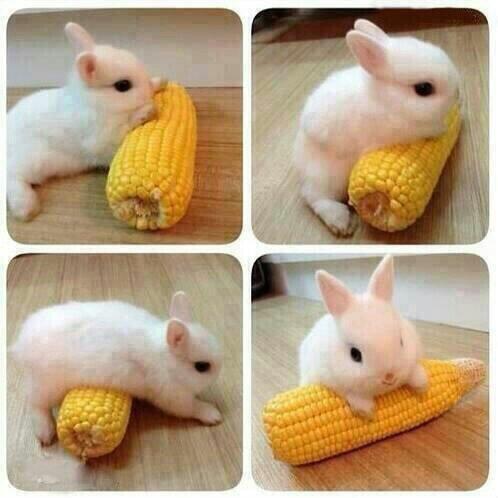 It seems that the folks who work in Mars’ marketing department could capitalize on this somehow: “Colored Honey Made by Candy-Eating French Bees.”

According to National Geographic Daily News,

Beekeepers in northeastern France found themselves in a sticky situation after bees from their hives began producing honey in shades of blue and green . . .

The colored honey could not be sold because it did not meet France’s standards of honey production: It was not obtained from the nectar of plants and it deviates from the standard coloring of honey (nearly colorless to dark brown).

That’s bad news for a region that produces a thousand tons of honey a year and has already had to cope with a high bee mortality rate and low honey production after a harsh winter. An investigation by beekeepers in the town of Ribeauville (map) uncovered the cause of the problem: Instead of collecting nectar from flowers, local bees were feeding on remnants of colored M&M candy shells, which were being processed by a biogas plant roughly 2.5 miles (4 kilometers) away.

The waste-processing plant discovered the problem at the same time the beekeepers did and quickly cleaned any outdoor or uncovered containers that M&M waste was stored in. The candy remains will now be stored in a covered hall.

I would happily buy blue honey made by French bees. For some reason, I think of Matisse. He would have enjoyed miel bleu.

A few months ago, I received a link to the following editorial by Rajat Ghai in the Indian Business Standard: “Lessons from Wild Europe.” The objective of Ghai’s article is to encourage Indian conservation efforts, but I was pleasantly surprised to learn about the reintroduction of extirpated species in various parts of Europe. Ghai begins his article with a detail that warms my heart:

On May 17, 2014, seventeen big, bellowing cattle-like beasts were released into the forests of the Tarcu mountains in the southern part of eastern Europe’s famous Carpathian range in Romania after being ritually blessed by an Orthodox Christian priest in the village of Armenis. The release was carried out by volunteers of the World Wildlife Fund for Nature (WWF) and an NGO called ‘Rewilding Europe.’

The event is significant in the conservation history of the European continent as it marks the return of Europe’s largest herbivore, the European Wood Bison or the Wisent (Bison bonasus), in the Tarcu mountains 200 years after they disappeared from there due to rampant poaching.