Fun
Put Food to Good Use

Thanksgiving nears, and the season of great feasting is a suitable occasion to show a postcard that I picked up at the 9:30 Club about eleven years ago. I came across it as I organized my archives today, and I laughed as I originally did more than a decade ago when I first saw it: 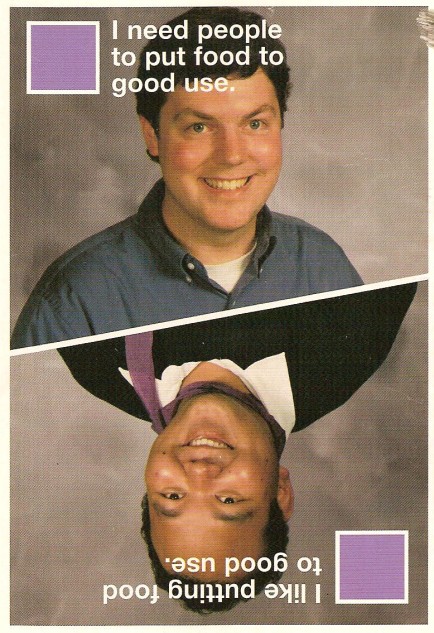 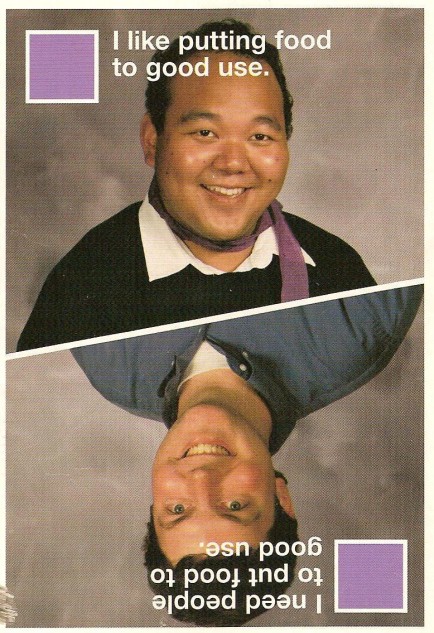 The postcard was among several in a campaign for Volunteer Match, but it was the most absurd. Superb!

Here is a short film from last year by Russian students—1937. It appears to be something of a senior project for graduation, but it serves as a good reminder of what Christians had to do in Soviet times to have their child baptized.

Seventy-five years after the period depicted in the film, the next generation of Russian artists find inspiration in small acts of pious defiance by everyday people against the Soviet spirit. These young Russians see the curse of the old ideology—the terror and the lies and the alienation (irony of ironies!) which “scientific materialism” blighted upon the Russian people. It is a marvel when a man—and a people—repents!