I am going to pick on the Hellenes two Wednesdays in a row. Several weeks ago, George Michalopulos shared the delightful picture below, “Europe according to the Greeks,” by Yanko Tsvetkov: 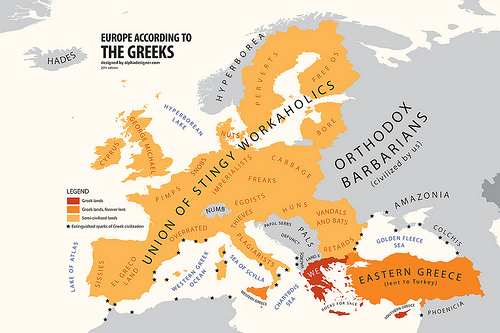 It is the best of Tsvetkov’s maps in my opinion. For a larger map that is easier to read, follow this link.

I found the following on 150 Knots last week: 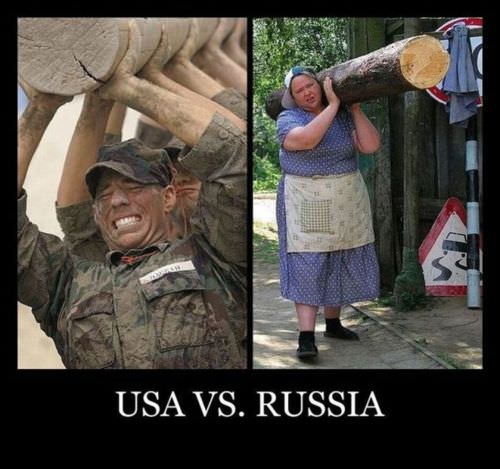 It is funny, but it also testifies to a truth. As I commented in “Russian Jumper,” had not the winter stopped the French and German invading armies, the women would have done so. Russia demonstrates well how women keep an institution (or a society) going after the men have gone A.W.O.L. Women cannot steer the ship, but they will keep it from going under for a long time. And those Russian broads are tough!