﻿ Arimathea | Music | The Cranberries at the 9:30 Club | Comments
Arimathea

The Cranberries at the 9:30 Club

I saw The Cranberries last night at the 9:30 Club. The last pop concert that I attended was Belle & Sebastian at Constitution Hall a year and a half ago, and it has been nine years since I was last at the 9:30 Club, when I danced with an excellently nerdy crowd wildly appreciative of John and John’s crazy T.M.B.G. antics. I much prefer the 9:30 Club and its more intimate vibe. I decided to try the balcony this time, and I managed to get a decent spot. Here is a photograph taken from my less than spectacular mobile telephone camera: 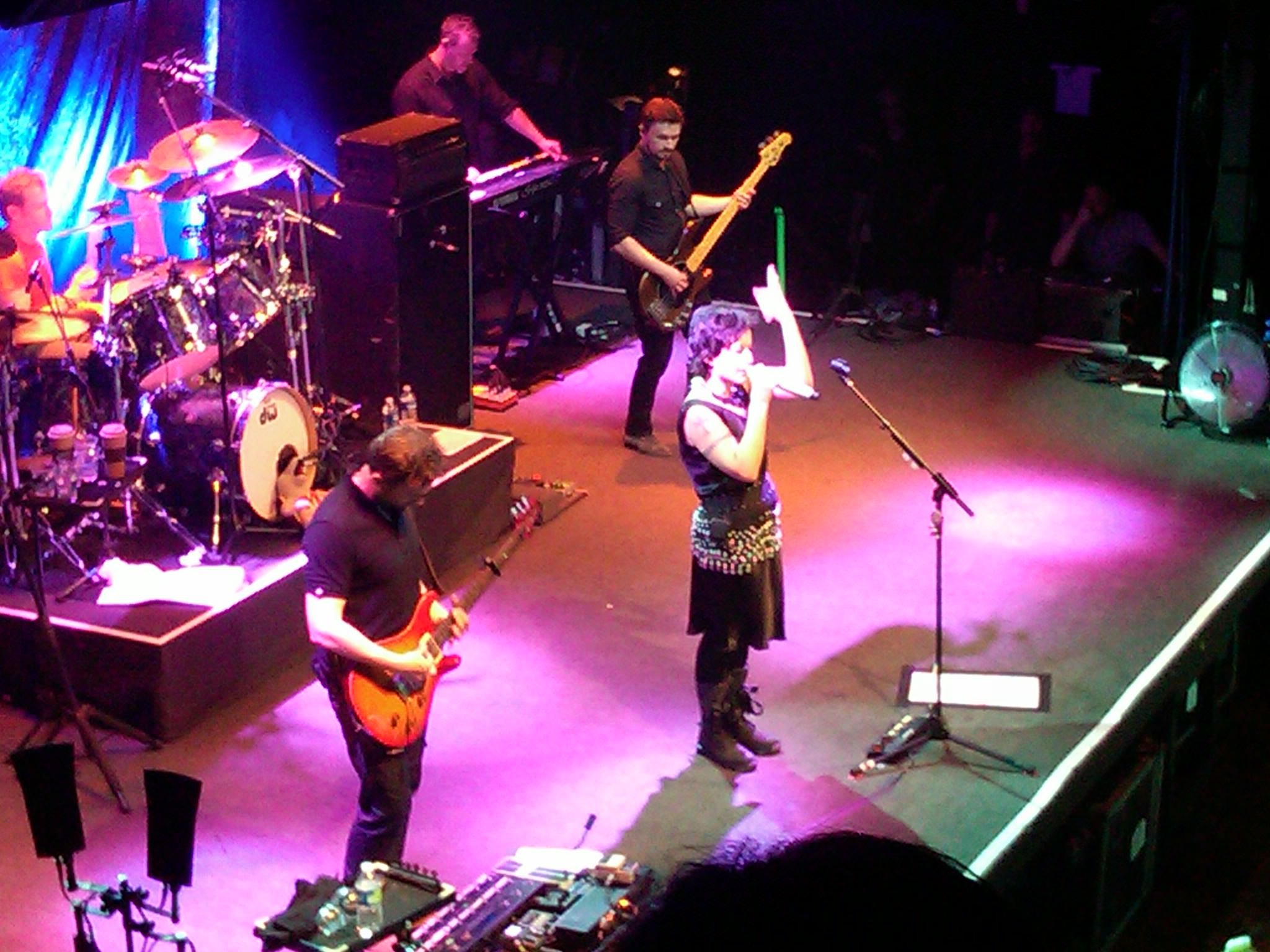 The opening act was the very energetic Vintage Trouble. During the act, I kept on thinking how delighted my mother would have been to be there. It was her kind of music. The band calls itself “vintage,” and I felt as if I were visiting my parents’ era. The lead Ty Taylor has the voice and showmanship of a black Baptist turned 1960’s pop star. The crowd loved it.

The time warp continued when Dolores O’Riordan and her mates took the stage as I was transported back to my childhood. I had friends who were savants of the European music scene in the early 90’s, and they introduced me to The Cranberries before the band went mainstream. I did not care for O’Riordan’s style at first, but I quickly became a fan. It was fun to see them in person two decades later as an adult surrounded by all age groups that came out for the concert.

Though the members are no longer young—O’Riordan is forty years old—they put on a good show. O’Riordan was feisty and enjoyed herself in a silly, youthful way, though with commentary between songs about her children. At one point, a fan gave O’Riordan a stuffed University of Maryland Terrapin, which she set in front of the drum set until the end of the show. After the encore, she took the turtle with her off the stage, which was endearing. Band members Noel Hogan, Mike Hogan, and Fergal Lawler also delighted in the music. Lawler has some impressive guns, by the way. I suppose that such proves quite useful for a drummer.

The band played many favorites from their discography run as well as songs from their new album, Roses, such as “Tomorrow.” The highlight of the concert was the last song before the encore, “Zombie,” when the band and the crowd reached the Dionysian unity that typifies successful rock performances. Here is the video from A.D. 1994, complete with yet more eery and confusing religious imagery in addition to topical scenes for a song about the British conflict:

My only criticism of the night would be the loudness and the consequent loss of sound quality. The 9:30 Club has massive speakers that you can feel in your pancreas—and everywhere else. I still like the place, and I am glad that I finally saw The Cranberries live.