Last week, I noted how thugs vandalized a Glastonbury Thorn. Having the Thorn on my mind inspired me yesterday to seek out a clone that grows on the grounds of the National Cathedral. I have known that one grew in Washington for years, but I have never been able to find it.

I ended up going to Saint Sophia Greek Orthodox Cathedral for the divine liturgy, which is next door to the Anglican campus. Saint Sophia’s is a very beautiful temple, and the choir they have excels in Byzantine singing. Still, I always find Greek American services a bit odd. I intensely dislike the pews and kneelers. I find the usher crowd control so foreign to the Orthodox ethos that it is both uncomfortable and amusing. There were also some announcements after the liturgy that involved unpleasant parish politics. Saint Sophia’s was the “republican” Greek church in the city, while Saints Constantine and Helen was the “royalist” parish (regarding politics in Greece last century). The political unruliness of the republicans must remain with them. Nonetheless, I enjoyed the homily. The sermon involved a lengthy but engaging and accessible exposition of the story of Daniel and his three friends. The advantage of pews must be in the increased time a priest is willing to preach. Some parishes in the O.C.A., Russian Synod, and the Antiochian Archdiocese get around this by having people sit on the floor during sermons, but such a practice must be too barbaric for the cultured Greeks. For they were quite well dressed, as they usually are.

After the liturgy, I wandered over to our Protestant brethren’s expansive estate. I decided to visit the Joseph of Arimathea Chapel in the crypt before venturing into the gardens to look for the hawthorn. Helen Keller and Anne Sullivan are both interred in the chapel. I am not that fond of the chapel’s altar imagery. It has that turn of the century look epitomized by Abbott Handerson Thayer. I do not mind the style, but it does not look appropriate in a church, suggesting, as it does, Belle Époque decadence. Still, I appreciate that one of the cathedral’s main chapels is dedicated to my patron.

I had to walk through the cathedral’s gift shop in the basement to get to the crypt. It is more of an Anglican cum New Age merchandise mall rather than a church gift shop. It is very big. In it, I encountered some rather obnoxious items in the midst of traditionally tasteful W.A.S.P. refinement. As I have mentioned before, the rowdy underlings are pushing out the well bred Episcopalians. One of these items was a t-shirt, Top Ten Reasons for Being an Episcopalian. I know that the shirt is supposed to be funny, but it is rather pretentious. Evidently, the ten reasons are from one of Robin Williams’ stand up acts. That is fine for a comedy routine, but should a church shop embrace it? Here are the ten reasons:

10. No snake handling.
9. You can believe in dinosaurs.
8. Male and female, God created them; male and female, we ordain them.
7. You don’t have to check your brains at the door.
6. Pew aerobics.
5. Church year is color coded!
4. Free wine on Sunday.
3. All of the pageantry, none of the guilt.
2. You don’t have to know how to swim to get baptized.
1. No matter what you believe, there’s bound to be at least one other Episcopalian who agrees with you.

Some of them are cute, but the list just strikes me as typically smug, cluelessly stupid liturgical Leftism. Aren’t they proud of themselves? They should not be: 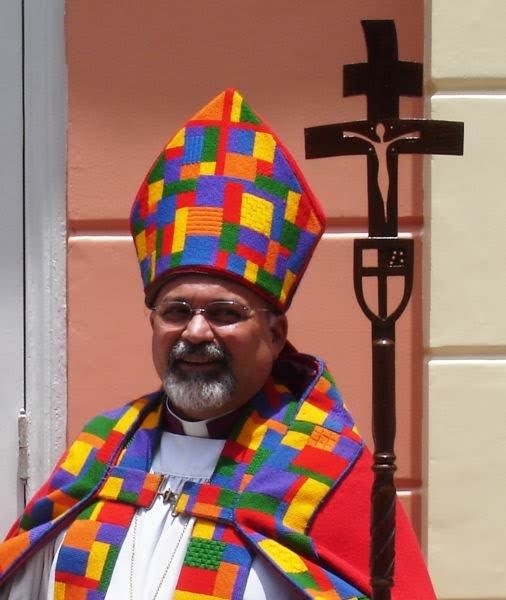 “As a Matter of Fact, He Is Anglican” from Bad Vestments

As I wrote in “Boozette the Anglican Priestess,” “If the Anglicans had anything going for them, they had good taste and discretion. The Episcopalian sect in America has lost its good manners and mongrelized into a prayer gathering for self congratulatory Leftists who think highly of their brave transgressiveness of traditional forms. Their Protestantization has become complete, and with that, the good humored, open minded, and beautiful W.A.S.P.‘s that made America have at last become ugly and ridiculous. As in an old fairy tale, there is a painful twist of justice in the story.”

My own personal experience at the cathedral yesterday, however, reminded me of why the Anglicans still remain my favorite Protestants. I was on a quest to find the Thorn, and a small platoon of ushers, docents, boys from Saint Alban’s School, and a school worker assisted me in my task. It was clear that these folks were proud of their establishment and hospitable to visitors. Anyway, I finally found the Glastonbury Thorn down the hill from the cathedral on the grounds of Saint Alban’s School. Here is the low quality picture that I took with my phone camera: 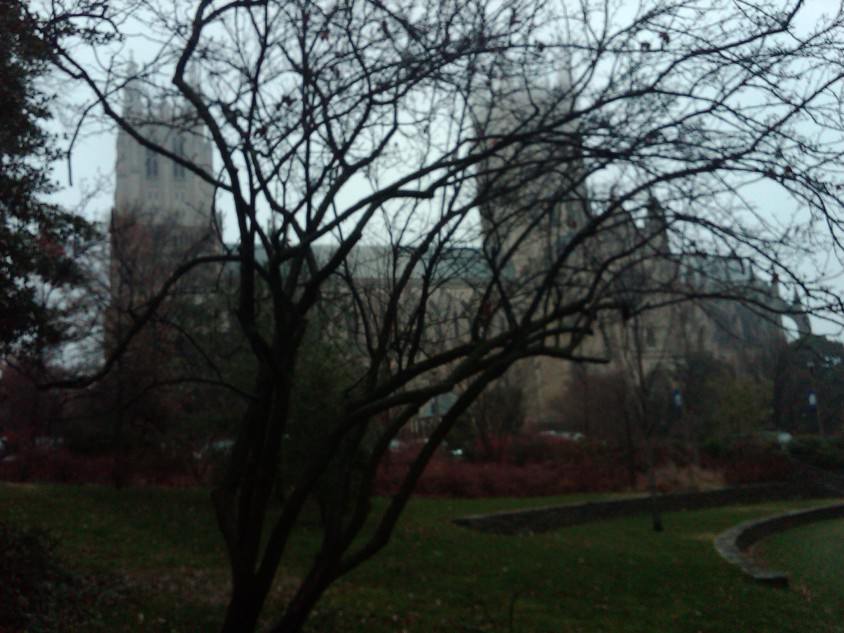 It was cold and rainy, and I did not bother much with aesthetic framing. Still, the scene has a very English quality to it. I was also happy to find a few clouts on the tree, which are pieces of cloth that the British tie to sacred trees and wells. How old habits die hard.

If you wish to plant a cutting of the Thorn in your area, a nursery in California propagates them from a tree cutting that they received from the cathedral. Visit Greenmantle Nursery to purchase a tree.